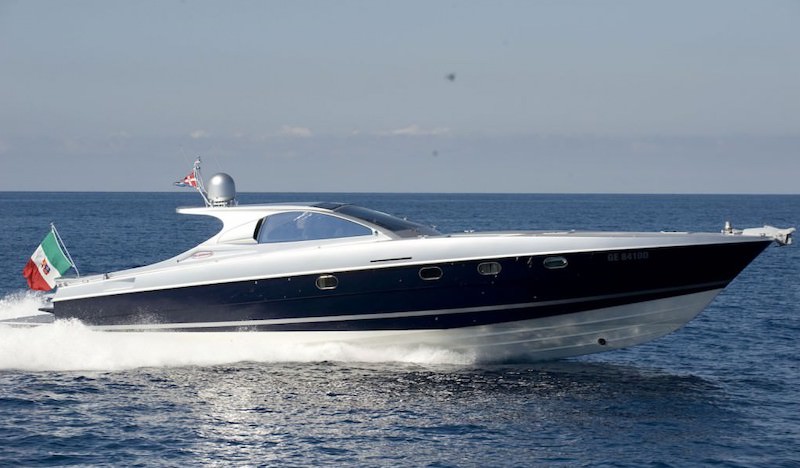 Born in July 1954 in Santa Margherita Ligure (Genoa), O.T.A.M. (Organization Tigullio Assistance Motoscafi) has started the construction of the boats called "Millennium" in the last ten years, in the sizes of 55 and then 58 feet. To underline the exclusivity of the model, the style was entrusted to Paolo Martin, who had already made executions for Magnum Marine and Ferretti Kraft. From the initial sketches, the rough style of the boat was defined: the goal was the conferring of a very personal and recognizable image, with a decisive aggressiveness, but without "falling into the irrational". The strong lines, which ideally bring the Millennium closer to a supercar, are in line with the high performance: 18.50 meters long, the boat is powered by two 1.675 hp Caterpillar engines and Arneson transmissions, reaching a maximum speed of 56 knots , and the 50 knots cruising speed. The style was also defined in detail, thinking of a model whose technical and design parameters had to remain unchanged; however, depending on the needs or suggestions of the customers, the boat can be customized in some details. The images show us the approach in the creative phase of design, similar to the one followed for automotive realizations: to underline the beautiful sketches on paper, with the overall views and the analysis of some details.