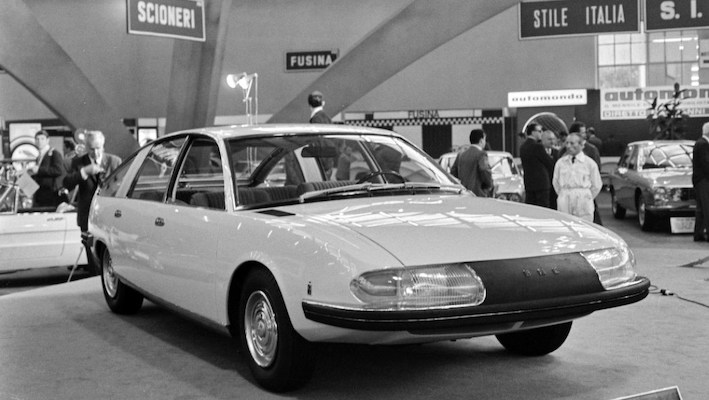 In about half of the year 1967, the director of the Centro.Stile. Franco Martinengo asked me, in the imminence of the next Turin Motor Show to study on a BMC 1800 chassis, a sedan with aerodynamic characteristics and at the same time an advertising attraction.

The 1/1 model was exciting, beautiful and beautiful but obviously a commercial interest had arisen and it was decided to fall back from a Dream model to something more feasible and closer to any production reality.

As far as aerodynamic tests are concerned, they were performed afterwards in an empirical way with woolen threads on the marching prototype, given that the Pininfarina wind tunnel did not exist yet, it was completed in 1972 and that of the Turin Polytechnic was too small.

This car was the ancestor and influenced the MPV style in the following years.