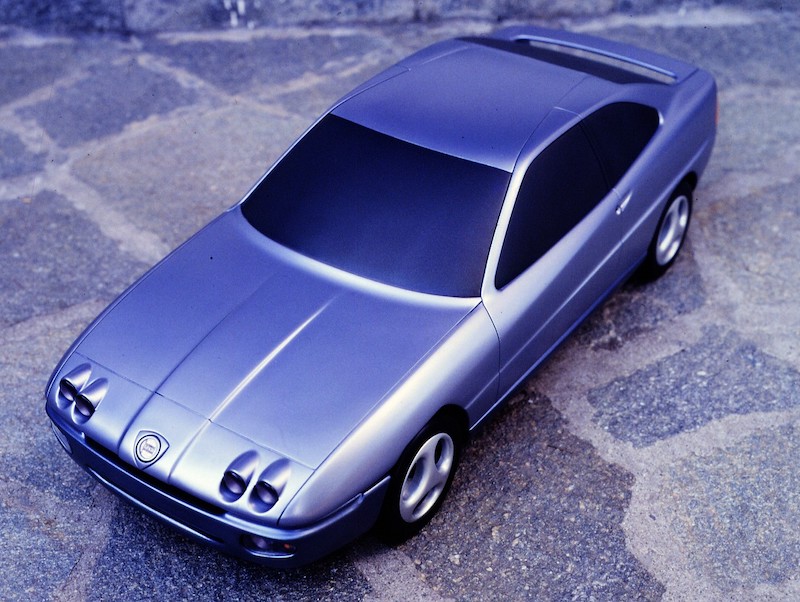 The Lancia group in designing the K2000 in replacement of the Thema, had intentionally observed very high standards, still valid, in terms of equipment and active and passive safety. Unfortunately the line was not sufficiently stimulating perhaps because it was too tied to the Lancia style and had a somewhat staid air. I do not know whether to impute this proposal to IDEA, but in any case even the intervention of Pininfarina with the Wagon model did not raise its fortunes. Later, the Coupè version was also presented, which however did not improve the range of this range as it was defined by many as a "shortened sedan". The car, built by Maggiora, was fantastic in driving, beautifully finished but obviously not satisfying in terms of image. There have been too many structural and stylistic influences, much has been invested in quality, but not enough in the image, which has accelerated its decline. In 1994, The Design Company Bonansea commissioned me a study to try to stimulate the top management to change course, but unfortunately the project was shelved. In dealing with this theme I was vaguely inspired by the famous Aurelia B 20 in some stylistic traits: soft but proportioned line, rear tail with a very "soft" wing fender, the side just carved by a motif rising from the rear wheel arch and the whole is presented in a non-shrill way but, in my opinion with a strong character and a distinct personality. This failure is an example of how we can make all the efforts of dedicated and dedicated work groups by some Czech and obtuse management structures useless, not able to perceive the needs and requirements of customers.