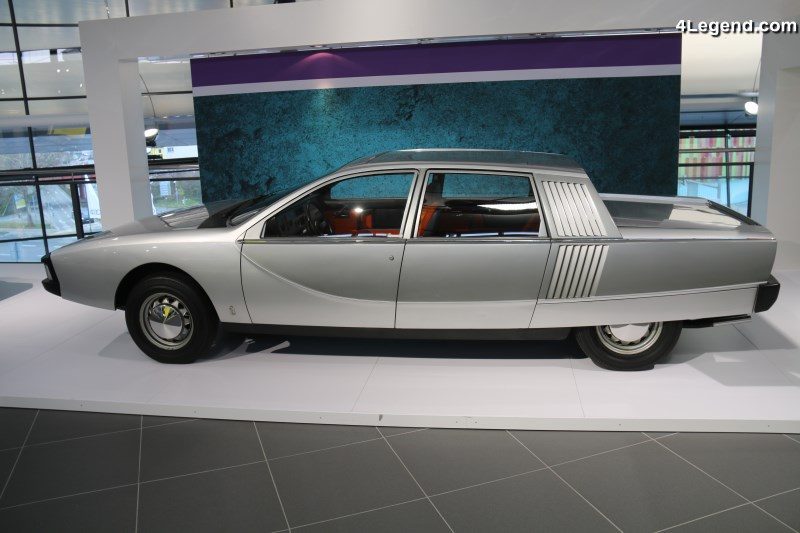 At the end of the seventies, in a period in which there was and assumed further interest in high-end cars, mainly inspired by classicism and mainly three-volume models, Pininfarina attempted to develop the theme using the chassis of the NSU 80 and relative Wankel motorization. Motorization that in those years was viewed with curiosity and skepticism, so it needed to be supported by a relatively innovative but not exaggerated image, since it was believed that adding a strangeness to strangeness would give negative results. For my part, I must say that I tried to leave all the archetypes out of the way, trying to brush up on the "Module" concept that is very well perceived from the drafts. led to various practical, ergonomic and implementation problems. Today, however, with the development of electronics and the use of new materials, everything would be easier and more feasible. For example, it was not possible to think of a new type of front and rear lights, it was not possible to adopt a different instrumentation than the analogue one and even less to use controls and switches that were not produced, even the wheel rims were "normal" and the front and rear bumpers reflected US standards.

The platform and the mechanics were completely standard, with narrow roadways, pedals and driving position, modifications were not accepted if not minimal. At one point I decided to literally "saw" part of the roof and create an open and later closed luggage compartment. The first four-seat luxury sedan was born. The problem was that at the time the "pick-up" was not even known what it was or at least it was relegated to memories of the provincial cities of the American west and therefore did not push the image in that direction, also because it was difficult explain the need for an external luggage rack. It gave the feeling of "peasant" and then there was nothing to transport, if not suitcases or small packages. Magazine today, I think it could, appropriately revisited, be the forefather of a new type of high-end car, maybe a little "snobbish", but useful to carry many of the innumerable gadgets to which it seems we can no longer give up. Many are trying today and sooner or later this idea will be resumed.