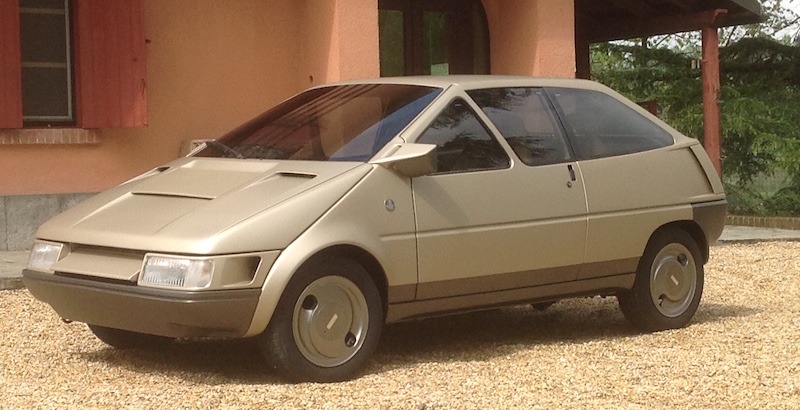 In December 1971, Ghia, part of the De Tomaso Group, was commissioned by Lee Jacocca to study a small compact in order to identify the stylistic trends of an expanding market in the European area. This study was carried out with the utmost speed and secrecy, so much so that there are no photographs other than the one shown, performed as a souvenir during shipment by air. As a base platform, a Fiat 127 was used and the final vehicle, code-named "Blue Car", retains all the mechanical and volumetric dimensions. This prototype was used, by Tom Tjaarda, as a reference in the study of the Ford Fiesta I Series. The drawings shown here have been executed by me and are the only ones existing and original. The drawing on a 1: 1 scale was destroyed and no other documentation exists. P.S. It seems only right to point out that news that appeared in the sector press concerning the alleged authorship of this stylistic proposal by third parties is totally arbitrary and false and any graphic representations were performed a posteriori.