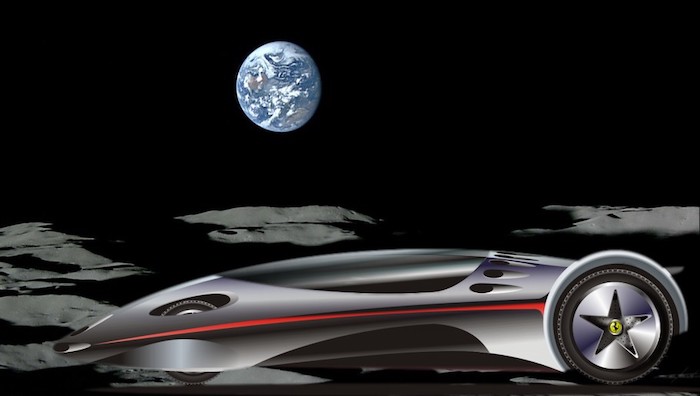 To realize a hypothetical 21st century module, I started with one of my preparatory drawings from 1967 that anticipated, in an even more extreme form, the forms of the final concept;
the bodywork was therefore "virtually" applied on the chassis of the Ferrari Enzo, updating the shapes, technology and "finishes", but maintaining the original idea of ​​the era.
The name "Enzo Modulo" is also evocatively "suggestive". The design was sketched quickly, and can be further developed in the different views. An interesting proposal for a Ferrari in a single model?
When in 1967 the Polystyrene model of the Modulo was in Stand-by I kept thinking of alternative proposals like the present one.
It is very stimulating to revive an old idea but for me it is as if it had been designed recently and I would have no problem proposing it again today.
The dimensions are 210cm wide, 102cm high and 4500cm long